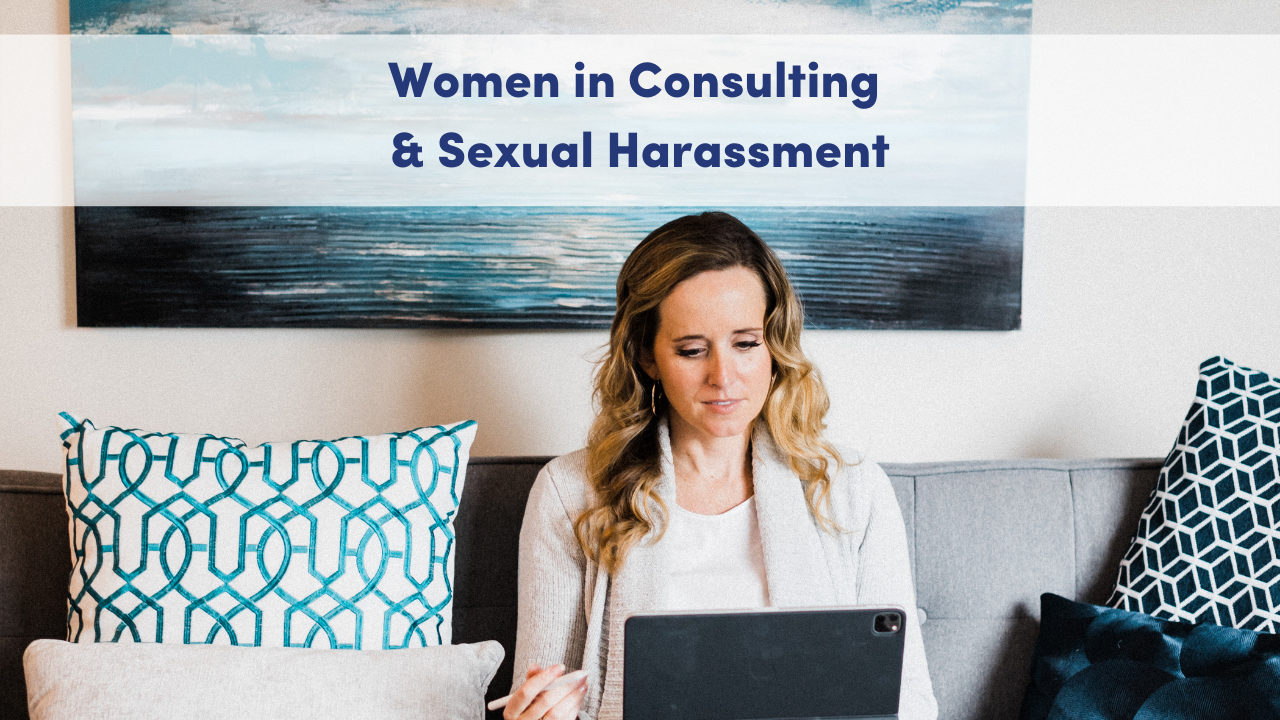 I had been hoping that progress made since the #MeToo movement, plus the fact that I'm now in my 40's, would mean I wouldn't have to face ongoing issues with sexual harassment as a woman in consulting. Unfortunately, it seems there are still men out there for whom the message has not yet sunk in.

It can be bad enough to experience sexual harassment as an employee, but the issues are compounded when you're self-employed. There is no Human Resources department to assist you and no one to protect you if a client is misbehaving. Clients will generally protect their own employees rather than protect their consultants.

I've had several bad experiences with male clients, and the sad thing is that it's always been me who paid the price. I'm the one who had to make a decision to leave a project because I no longer wanted to work with the person who had harassed me.

In the most recent instance (pre-COVID days), the offender was the founder of the company. Initially he was charming, showed an interest in my work, and sought my advice when making decisions about the direction of the company. He asked me to drop my other clients so I could provide full-time consulting services to him and talked to me about long-term opportunities to join the company's executive leadership team.

I stupidly ignored the little 'spidey sense' feeling I had when I felt his eyes lingered a bit too long whenever I walked into the boardroom. I chose to ignore and not respond to the texts he occasionally sent late at night, thinking he'd get the hint that I was only interested in a professional relationship.

The texts continued, and so I scheduled a meeting with the CEO to discuss the founder's behavior. The CEO listened to me seriously, and revealed the founder had a history of dating his female employees - he wasn't surprised to hear my story. He told me to come to him if the behavior escalated in any way, and indicated he would talk to the founder about it. Things were better for a while; I assumed I had handled the situation and wouldn't have any issues going forward.

A few weeks later, I was invited to attend the company's first Board of Directors meeting followed by a very lovely dinner in an expensive restaurant. The founder quickly got into the red wine, and became visibly intoxicated. He approached me while I was standing alone at the bar, and started very loudly asking about my current partner and wondering why I was with him. He said "You should be with me - you have no idea how good we'd be together."

He then said "I really want to kiss you right now", which shocked me and I stood there speechless for a moment. I'm thinking we're at a business event and there's no way this could actually be happening, right?

I said "You can't talk to me like that" and sort of looked around the room to see if anyone was observing what was going on. I think the room was too loud for people to hear.

Then, in this formal dining room of a very fancy restaurant, standing maybe 10 feet away from several senior executives and government officials, he said "I want to f*ck you so bad".

This all happened in less than 60 seconds. It probably took me another 10 seconds to pull myself together, stand up straight and tell him "You can't speak to me that way. This is sexual harassment. Seriously, you can't speak to me this way". He continued to try to hit on me and I think he thought me pushing back on him was funny - he wasn't taking me seriously. I physically moved away from him and went to sit in a different area near some of the company's other employees. I was so shocked and mad that I was shaking.

I didn't want to cause a scene and ruin the dinner, so I just quietly went over to the CEO, briefly told him what had just happened and told him I was leaving. I'm very proud that I didn't cry until after I got home.

The next morning, I set up a meeting at a coffee shop (away from the office) to tell the CEO in full detail what the founder had said to me, verbatim. He was completely offended on my behalf, fully believed me, and promised to take action. He immediately suspended the founder for two weeks and indicated he was not permitted to come in person to the office. I suggested the company look into training or coaching on sexual harassment and appropriate workplace behavior. The CEO agreed he would do this. We agreed I would also take some time off, because I was visibly upset and shaken, and did not feel comfortable returning to the office right away.

What happened next is probably fairly typical. The power dynamic was never going to work in my favor. There was an important investor meeting scheduled the following week. The CEO caved on his promise to keep the founder suspended for two weeks and gave the excuse "well, it's critical that M (the founder) is there for this meeting". No progress was made to invest in training or coaching. There was nothing in place to protect me or keep me safe from this guy, and ultimately I knew I didn't want to work for someone like that. A couple of weeks later, I made the decision to terminate the contract.

The whole experience was truly upsetting and had a huge negative financial impact on me - I had to walk away from a long-term, full-time contract at a high billing rate. It was so disappointing to realize that this type of behavior from men towards women is still happening and is tolerated by others. It made me question once again whether I was brought on because of my significant related experience and skill set, or because the founder liked how I looked in a pencil skirt.

I got hit with the trauma all over again shortly afterwards when I was explaining to another former (male) colleague what had happened. This man knows the founder personally and I thought he should know what had happened. I told him how upset I was in a text. His response was (and I quote, as I saved the text): "There are a lot of different people in the world. M is a good person. He's troubled. It's no excuse! The problem is that you're super hot and a 10. Sorry but it's true."

Men clearly still have so much more work to do in recognizing and addressing sexual harassment in the workplace. You can't claim ignorance any longer - there are plenty of resources available out there to unpack your role in allowing this behavior to continue.

I'm not sure if there's a lesson in all of this... but my advice for women would be to listen to your intuition and pay attention to those red flags. Keep yourself safe and avoid situations where you could be at risk. Speak up and report any unwanted attention or comments.

Being your own boss and owning a consulting company are wonderful and fulfilling, but it does come with some risks - you now have to watch out for your own safety and well-being.

Stay connected with news and updates!

Join our mailing list to receive the latest news and updates from our team.
Don't worry, your information will not be shared. 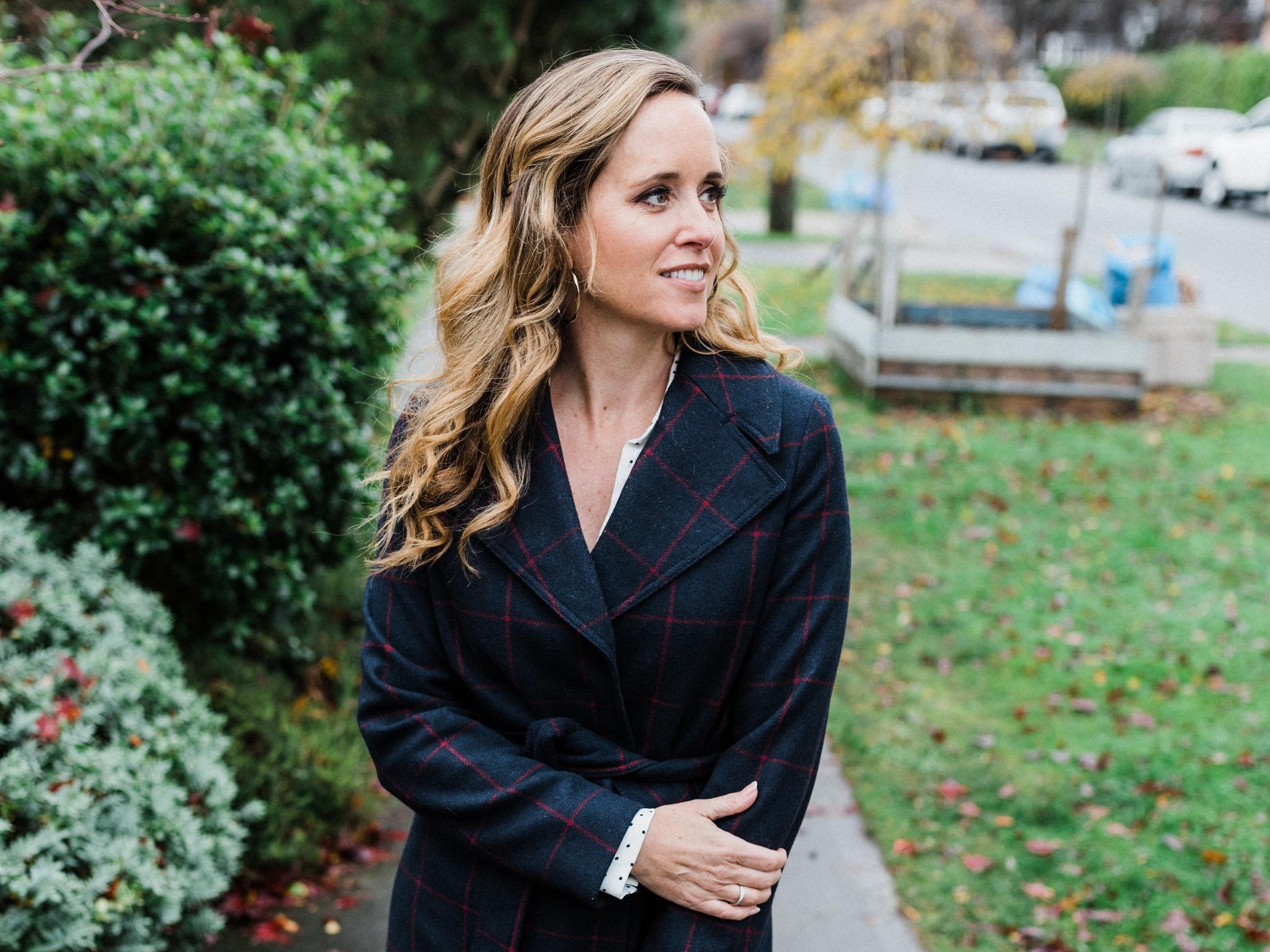 Sign up to receive guidance on launching a consulting business and be the first to know about upcoming programs and courses.